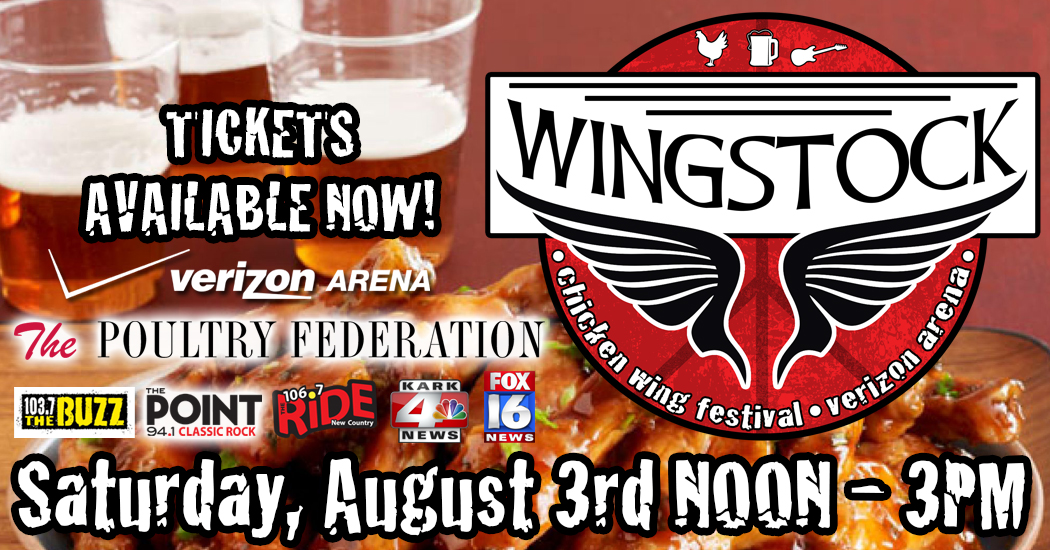 Wingstock 2019 presented by The Poultry Federation

Fly the coop with your friends by purchasing a Wing-I-P ticket and experience Wingstock with: access to the WIP Lounge where you will have a private bar, private seating and exclusive restrooms. PLUS, 15-minute early entry to grab your wings before the general public!
*Vendor selection pending availability

Tickets available at the Verizon Arena Box Office and at Ticketmaster.com.

Indulge in all-you-can-eat chicken wings featured by 30 local restaurants and vendors dishing up their best wing to compete for the People’s Choice Award and the coveted Golden Wing Award! PLUS a variety of domestic and craft beers available for purchase, music, ticket giveaways and more!

THANK YOU TO OUR SPONSORS