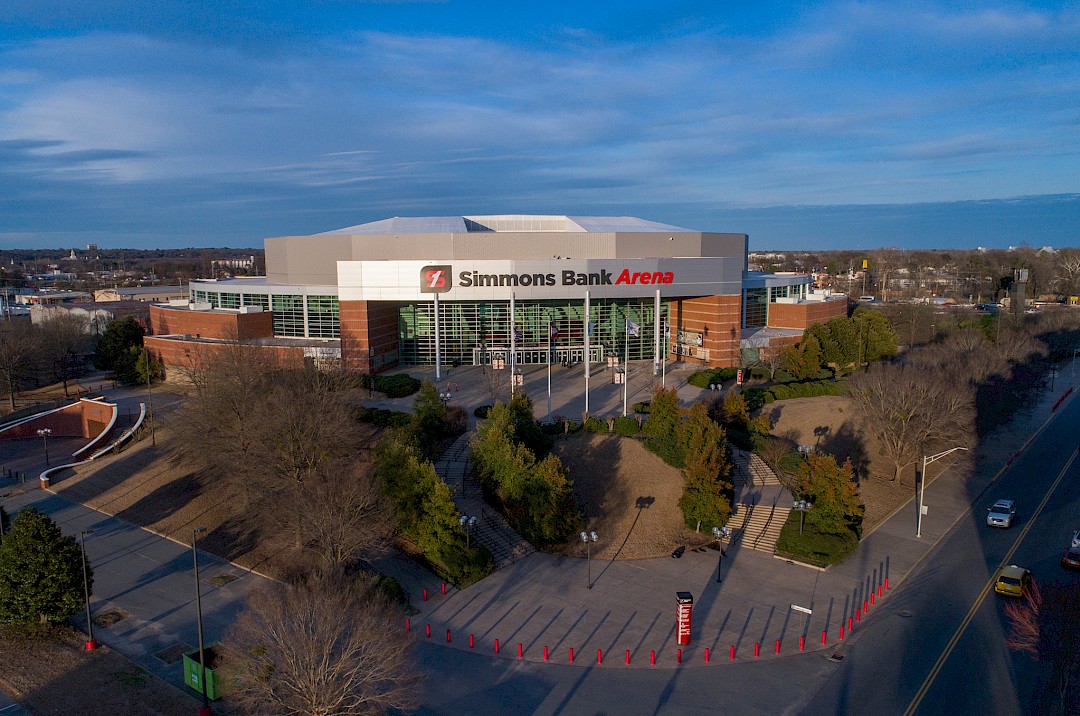 The Simmons Bank Arena has witnessed the creation of the vibrant development of an entertainment destination along both sides of the Arkansas River that brings together the twin cities of Little Rock and North Little Rock. Situated in North Little Rock, the Arena first opened in October of 1999, as Alltel Arena and immediately became the focal point for sports and entertainment in Central Arkansas. It features a seating capacity of 18,000 and meeting and conference space of 28,000 square feet.

Known now as Simmons Bank Arena, the facility is publicly owned by the Multi-Purpose Civic Center Facilities Board for Pulaski County. From its inception, the Arena was funded by a combination of local, state and private monies. It is considered the crown jewel in the development of Little Rock’s River Market and its expansion of Little Rock Convention Center. The Arkansas State Capitol presides over the district, which includes the Clinton Presidential Library, the North Little Rock Main Street Restaurant Row and Art District.

In addition to providing a venue for sports and concerts, the Arena provides space for meetings, banquets, conventions, and exhibitions. It has 29 luxury suites with both long terms leases and per event rentals. The Simmons Bank Arena offers full in-house catering with its outstanding chef and catering staff.

Michael Marion is the General Manager of the facility. With over 40 years experience in the entertainment industry, he has been highly successful in booking some of the most illustrious names in music, including Elton John, The Rolling Stones, Bruce Springsteen and a host of top-notch country singers such as Tim McGraw, Faith Hill, George Strait and many more.

Since its beginning, Simmons Bank Arena has been highly successful in providing people of all ages and backgrounds with the best in entertainment and convention facilities, making it the premier Arena of choice for now and the future.