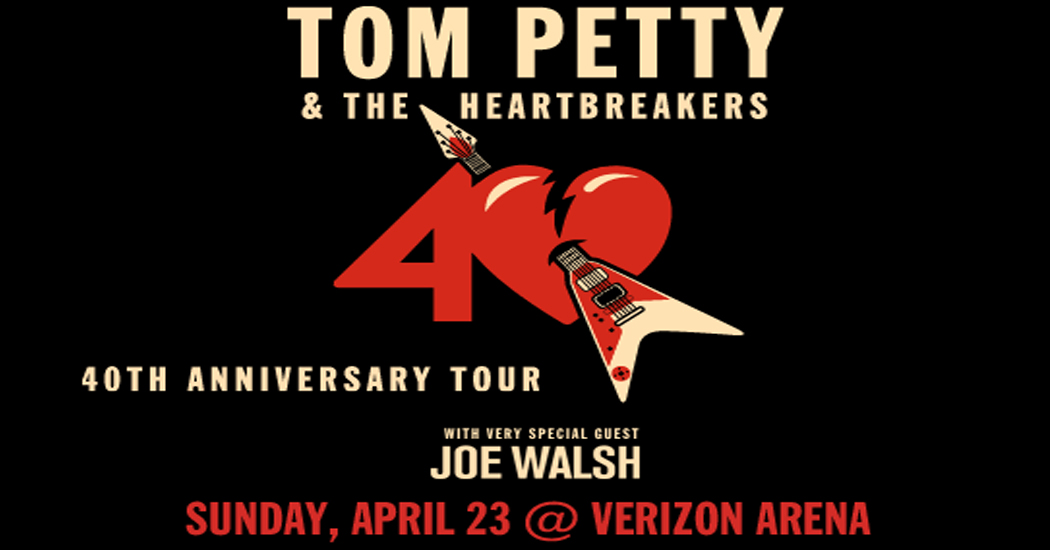 Tom Petty and The Heartbreakers, one of the most iconic bands in American music history, have announced the first dates of their 40th Anniversary Tour, which includes at stop at Verizon Arena on April 23rd. Joe Walsh will appear as very special guest.

Tom Petty announced the tour on SiriusXM’s “Tom Petty Radio” this morning and also on “The Tonight Show Starring Jimmy Fallon” last night. The primarily U.S. tour will begin on April 20, 2017 in Oklahoma City and continues throughout the summer with more dates, including on the west coast, still to be announced.

To further commemorate the 40th anniversary of their self-titled debut album, Tom Petty and The Heartbreakers are releasing two companion vinyl box sets featuring their entire studio album repertoire. Both box sets are available today via UMe and Reprise/Warner Bros. All LPs in the limited-edition box sets have been pressed on 180-gram vinyl with replica artwork. Several of these albums have been out of print on vinyl for years and most albums have been re- mastered for this release.

Further details on Tom Petty and The Heartbreakers’ 40th Anniversary Tour and career-spanning vinyl box sets are available at www.tompetty.com.