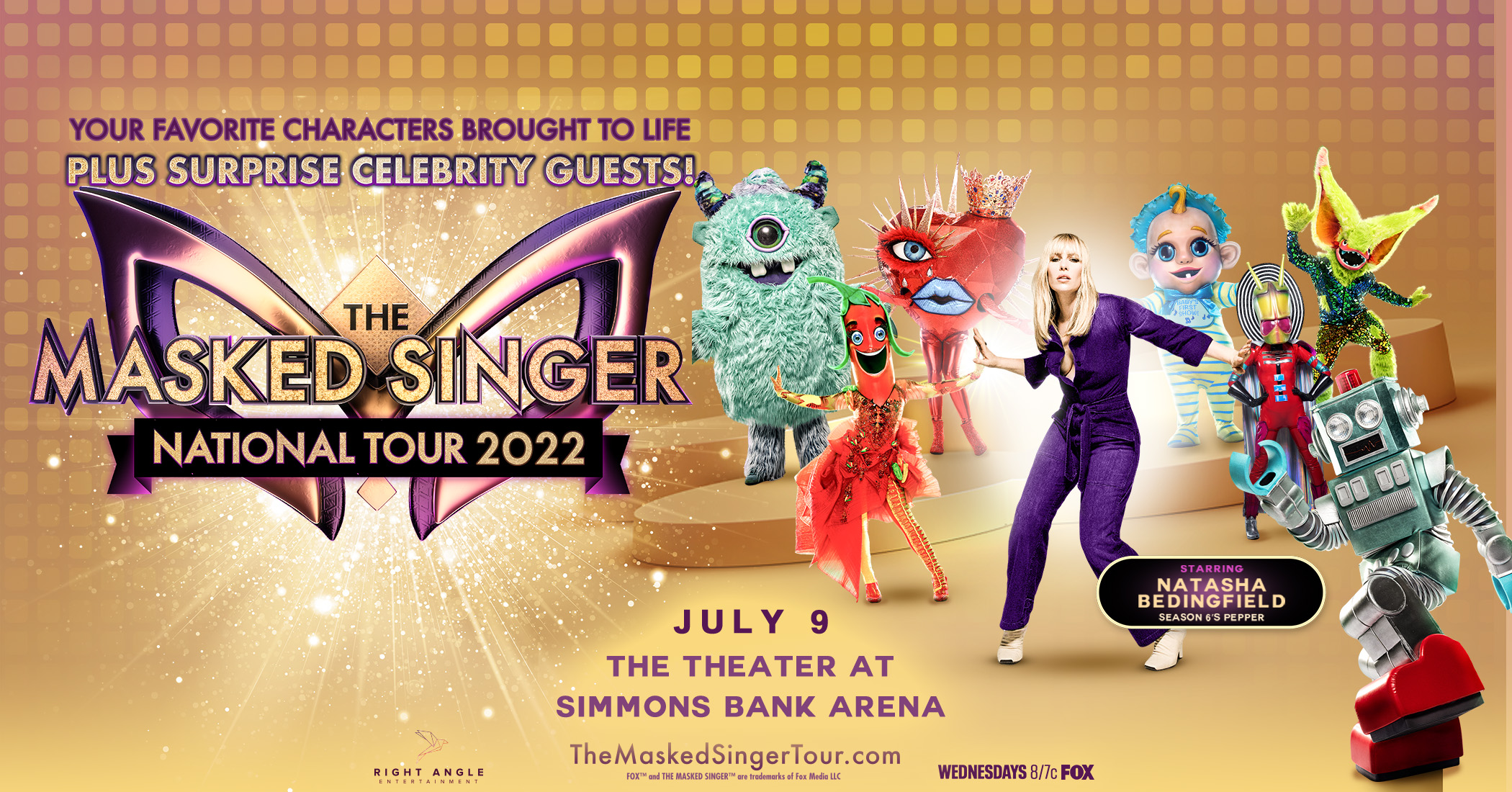 Building upon the excitement of FOX’s hit reality series and family-favorite guessing game THE MASKED SINGER, Right Angle Entertainment and Outback Presents announce that the live show THE MASKED SINGER National Tour, will hit the road in 2022, taking TV’s #1 show on a North American tour. THE MASKED SINGER National Tour 2022 comes to The Theater at Simmons Bank Arena on Saturday, July 9th. Audiences can expect to see their favorite characters brought to life on stage in a can’t-miss spectacular live show for audiences of all ages, as well as surprise celebrity guests and amazing new performances.

THE MASKED SINGER National Tour live show will feature celebrity guest Natasha Bedingfield, as well as one local celebrity at every show who will perform in a top-secret disguise. The audience will attempt to decipher the clues to guess the identity until the local celebrity is unmasked at the end of the night. The evening will feature fan-favorite masked characters from the TV show live on stage in an incredible production of song, dance and craziness that only THE MASKED SINGER could deliver.