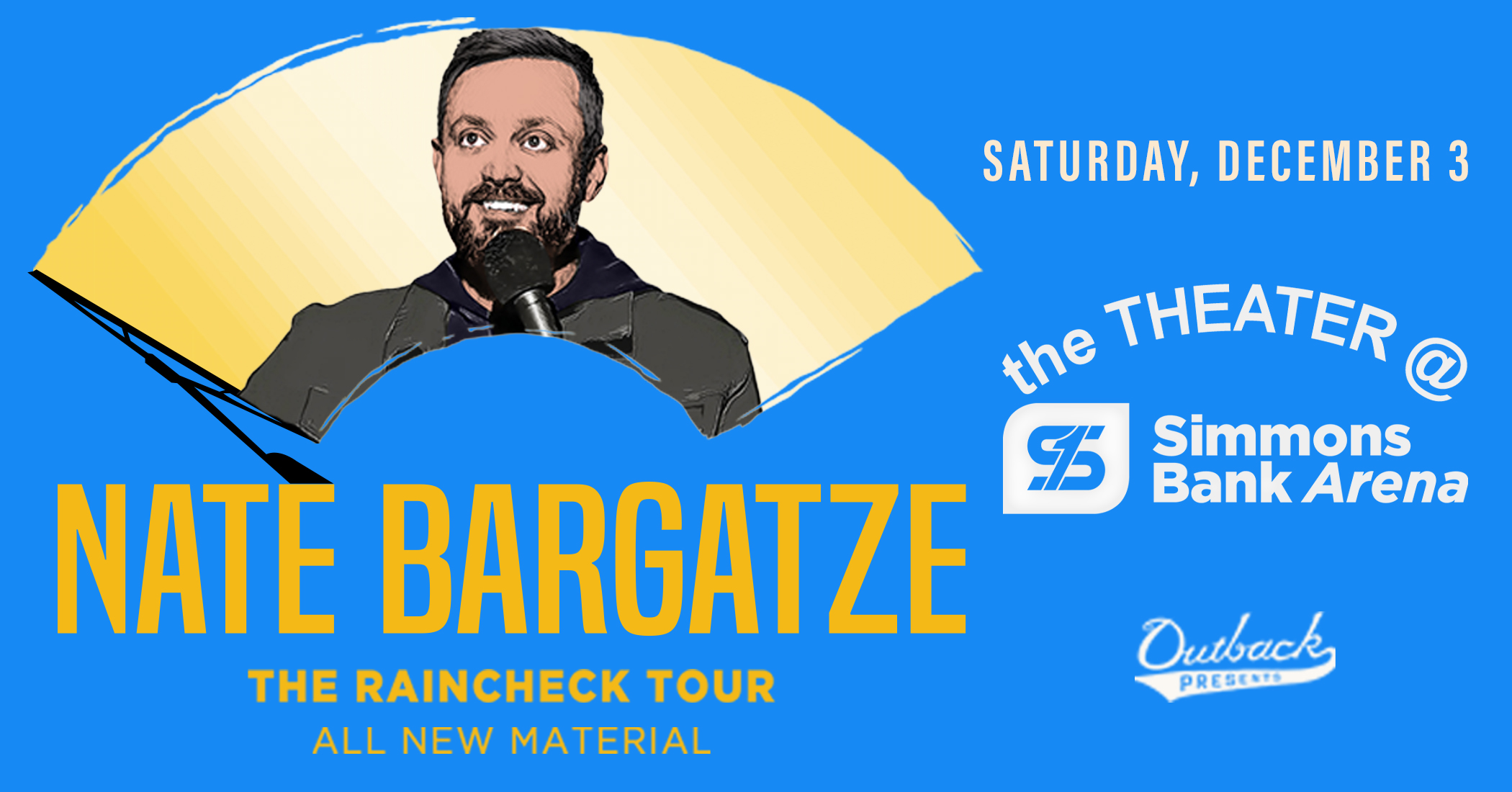 Hailing from Old Hickory, Tennessee, stand-up comedian Nate Bargatze is selling out shows across the world on his Raincheck Tour.

In July 2020, the comedian teamed up with All Things Comedy to release his weekly podcast, Nateland. The world is a crazy place and there's plenty of podcasts out there tackling the tough issues. However, Nateland will tackle the meaningless issues that we face day to day to give listeners a much-needed mental break from fighting the good fight. New episodes release Wednesdays, with video available on Nate’s YouTube channel and audio available everywhere you get podcasts.

Bargatze’s comedy is both clean and relatable, evident in his ten appearances on The Tonight Show Starring Jimmy Fallon. He also appeared on Conan four times, was a recurring guest on @midnight, and had his own Comedy Central Presents in 2011. Off-screen, Nate was part of Jimmy Fallon's Clean-Cut Comedy Tour, and has done live shows for the troops in Iraq and Kuwait five times.  In addition to touring the country as a headliner, Nate toured in arenas with Chris Rock on his 2017 Total Blackout Tour. He regularly performs at Bonnaroo, SXSW, Oddball Comedy Festival, Sasquatch, Clusterfest, and the JFL Montreal Comedy Festival, where he’s received critical acclaim multiple years in a row.