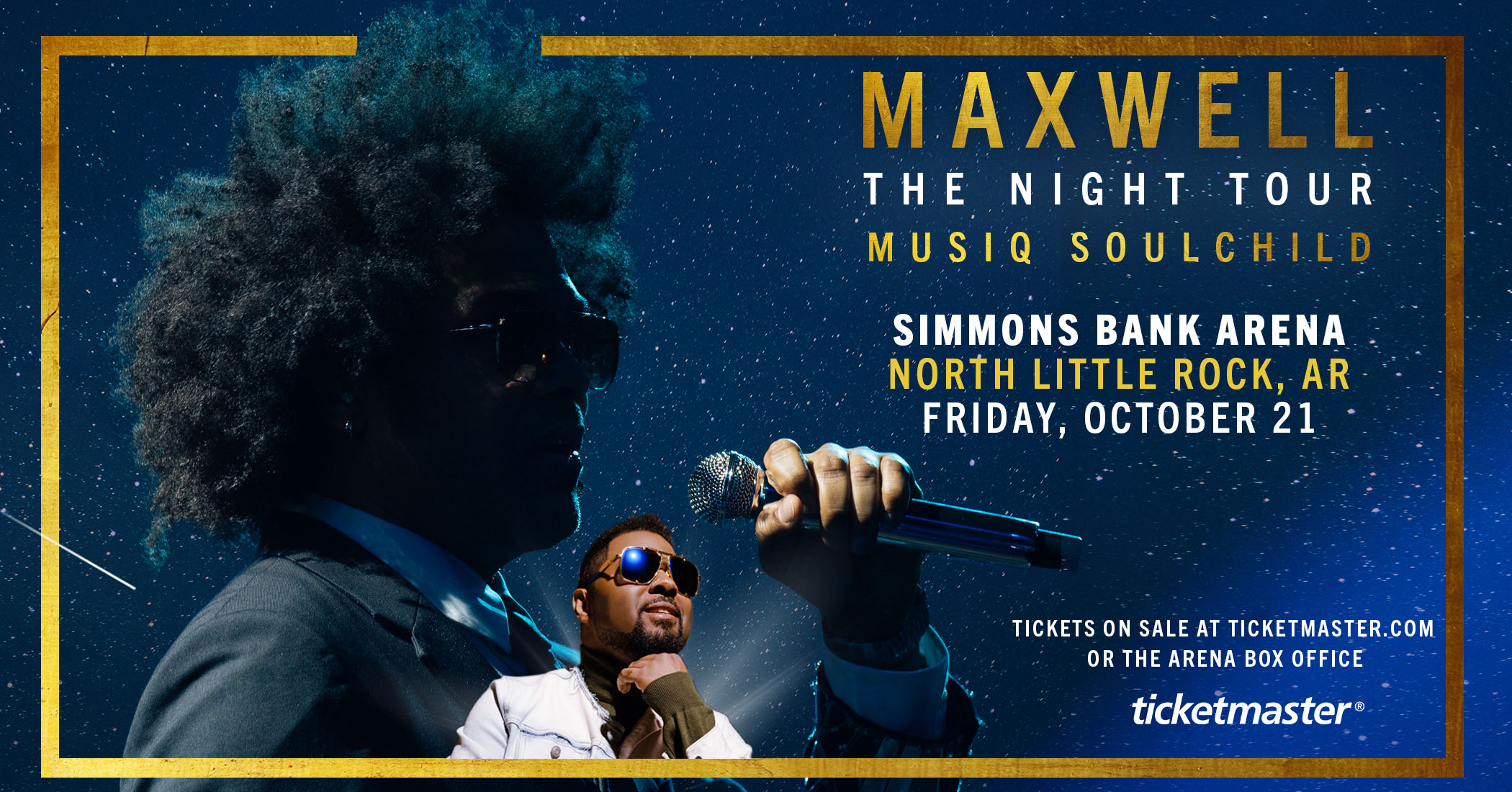 Maxwell has artfully managed to transfix music lovers for more than two decades, releasing five studio albums, all in his own time and all duly anointed as classics. The soul singer redefined soul music in April of 1996 when he released his critically-acclaimed debut on Columbia, “Maxwell’s Urban Hang Suite.” It earned Grammy nominations, double platinum status and RIAA gold for the single, “Ascension (Don’t Ever Wonder).” The platinum albums “Embrya” (1998) and “Now” (2001) followed.

After eight years, 2009’s “BLACKsummers’night” debuted at No. 1 on the Billboard 200 and won two Grammys, including Best R&B Album. To date, Maxwell has achieved 4 platinum album certifications from the RIAA. His last album “blackSUMMERS’night,” the second installment of his musical trilogy, earned Maxwell his third Grammy (Best R&B Song for “Lake By the Ocean”) an NAACP Image Award (Outstanding Male Artist), and a Soul Train Award (Best R&B/Soul Male Artist). Recently honored with the “Legend” Award at the 2021 Soul Train Awards, Maxwell’s upcoming “blacksummers’NIGHT” will cap off the journey he first embarked upon over a decade ago as one of the most anticipated R&B events of 2022.

GET TICKETS AT THE ARENA BOX OFFICE OR AT TICKETMASTER.COM