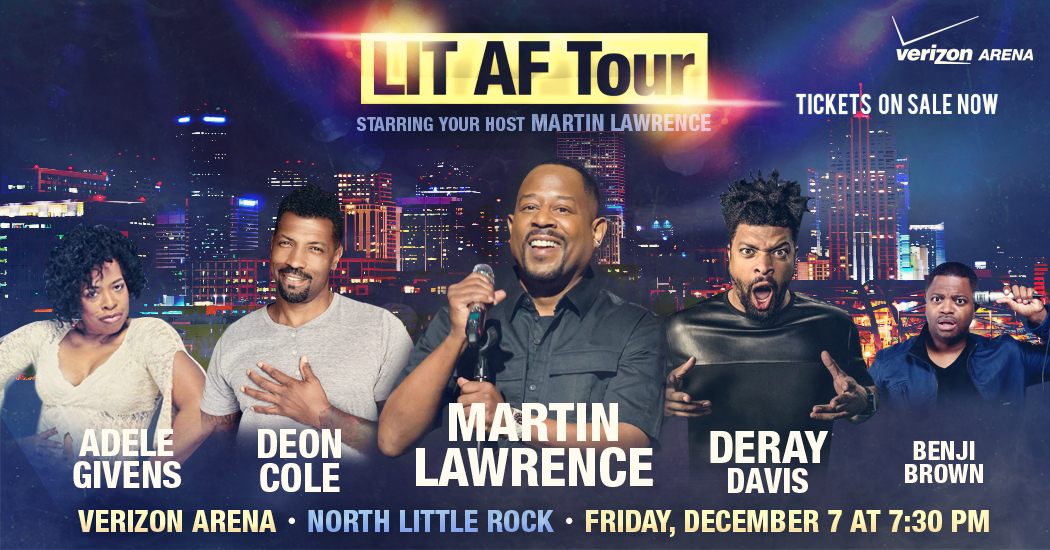 Back by popular demand, comedian, actor, director and producer Martin Lawrence has added 19 more dates to the LIT AF Tour. Lawrence stars as the high-powered host of 2018's hottest comedy event, presenting a fire lineup of comedians including DeRay Davis, Deon Cole, Adele Givens, and Benji Brown. Coming off the 20th anniversary of Def Comedy Jam, where he is known for his legendary hosting, Lawrence has made a triumphant return to the stand-up stage wowing audiences with his signature style of hilarious stories, social commentary and more. The 18 date Spring leg of the LIT AF Tour played to sold-out crowds in major cities across the country including Los Angeles, New York, Atlanta, Washington, DC, Chicago, Miami and Las Vegas.

“Being on the road with this group of funny AF comedians is a blast,” says Lawrence.  “No two shows are the same and we all bring something different to the party.”

The Fall/Winter leg of the LIT AF Tour kicks off on September 21 in Pittsburgh and hits 19 cities across the continent including engagements at Amway Center in Orlando, Scotiabank Arena in Toronto, Little Caesars Arena in Detroit and a New Year’s Eve performance at Royal Farms Arena in Baltimore. Tickets go on sale to the general public on Friday, July 27 at 10am local. The full tour itinerary is below. For ticket information and lineup by city, please visit martinlawrence.aegpresents.com.

Martin Lawrence started in stand-up comedy at the legendary The Improv, where he honed his talents until he was asked by Russell Simmons to host his groundbreaking comedy series Def Comedy Jam on HBO. From there, Lawrence became a household name after his hugely popular self-titled TV show, Martin, was an instant hit with TV viewers. He starred for five years as not only the title character, but other support characters like the sassy Sheneneh and Mama Payne, who became comedy classics. Lawrence would later go on to star in comedy blockbusters like Bad Boys 1&2 A Thin Line Between Love and Hate, which he also directed and Big Momma’s House, 1, 2 & 3 where he once again proved his talent for creating and acting as multiple characters in one storyline.