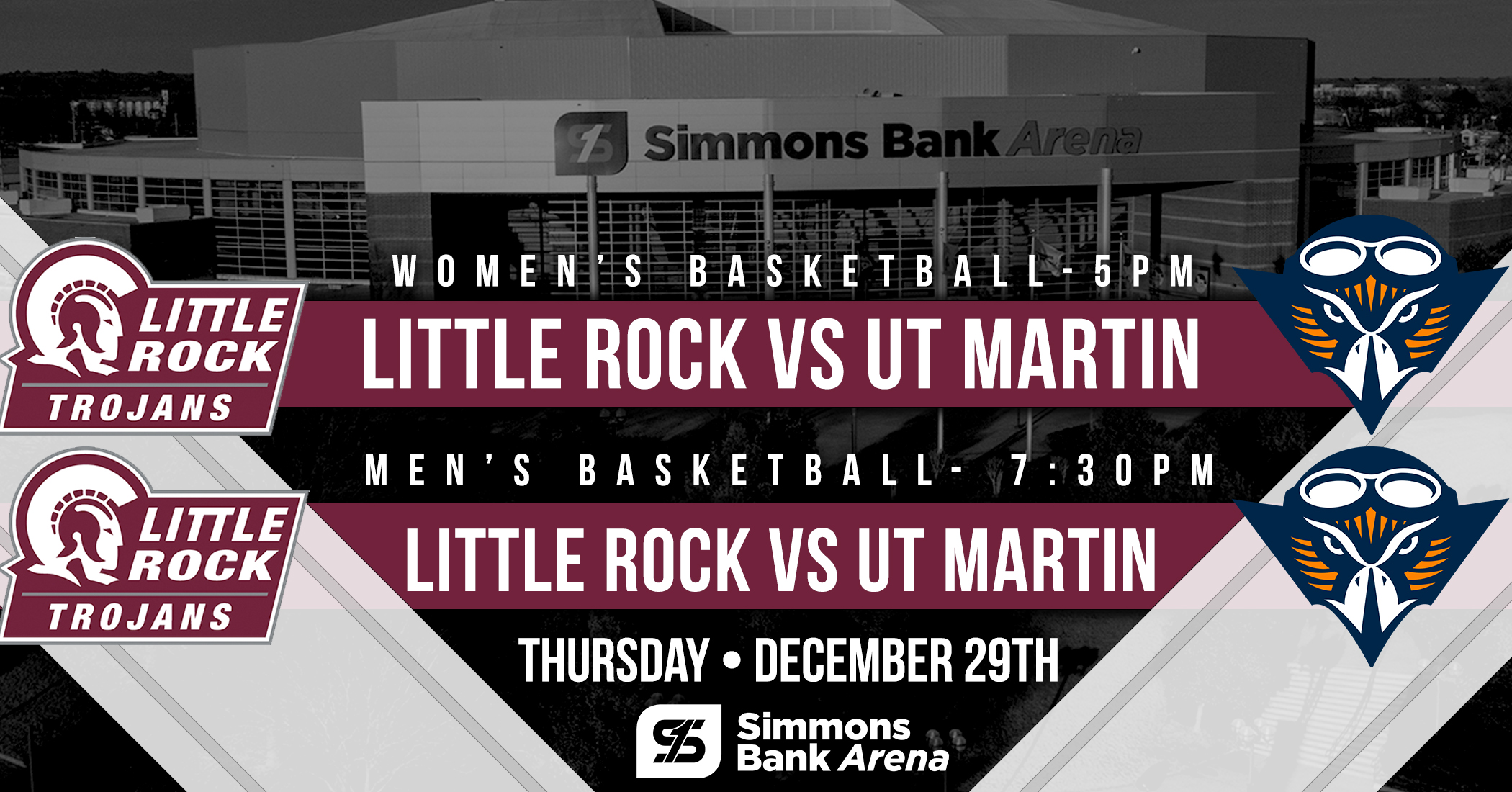 Due to unforeseen circumstances, Little Rock’s men’s and women’s Ohio Valley Conference opening basketball doubleheader against UT Martin on Thursday, December 29, is being moved to Simmons Bank Arena in North Little Rock. Game times will remain at 5 p.m. for the women and 7:30 p.m. for the men.  Doors open at 4:00pm.  Tickets will be sold at the Simmons Bank Arena box office only, on Thursday, December 29.  General Admission tickets are $10.

The freezing temperatures in the Little Rock area the past few days caused a rupture to a water coil in the Jack Stephens Center, resulting in Joe Foley Court being covered by water. Out of an abundance of caution for student-athlete safety, the decision was made to move the games to Simmons Bank Arena while crews continue to dry the court and assess its status for future games.

“I’m very appreciative of Simmons Bank Arena for their willingness to work with us on such short notice, especially over a holiday weekend,” said Director of Athletics George Lee. “This situation has posed a unique challenge and I’m grateful for their flexibility and assistance to help us keep  our OVC opening doubleheader in Central Arkansas.”

Season tickets will be honored for admission Thursday and all seats will be General Admission. More information regarding parking and general logistical information surrounding the game will be released in the coming days.