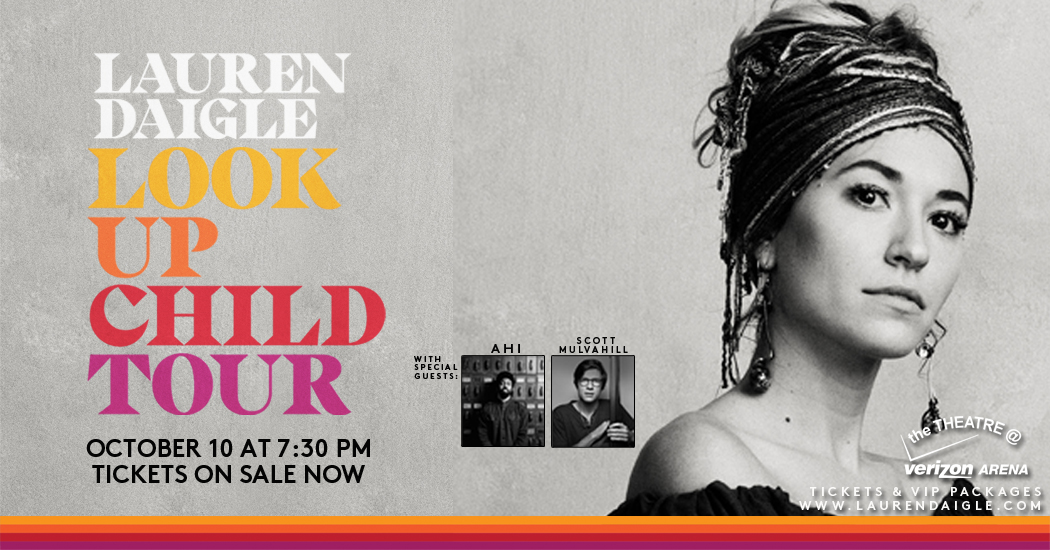 Two-time GRAMMY Award nominee Lauren Daigle is back.  After bursting onto the scene in 2015 with her platinum-selling debut album How Can It Be, Lauren returns with a brand new album, Look Up Child, a new single “You Say”, and a 40-city tour presented by AEG.  The album is now available for pre-order through

and with every ticket purchase for Lauren’s headline tour. Exclusive presale packages are also available at www.LaurenDaigle.com

From catchy melodies, to reggae jive, sweeping orchestral ballads to back beat vibe, Look Up Child has transcribed the pulse of Lauren’s veins into musical form. She adds, “Every part of the music experience, of Look Up Child, the album and the tour shares a profound love, deep-rooted joy, and hopefully a connection to the music for people to share.”

Lauren will embark on her first headlining theatre tour in support of Look Up Child on September 27th.  Presented by Food for the Hungry, the tour will kick off in Cincinnati and make stops in Memphis, Chicago, Dallas, Cleveland, and her hometown of New Orleans, before wrapping in Jackson, MS on October 28th.  Joining Lauren on the Look Up Child Tour will be supporting acts AHI, Scott Mulvihill, and Infinity’s Song (on select dates). Regular and VIP tickets are available for presale beginning Monday, July 16th and will go on general sale Friday, July 20th.  Every ticket purchase will come with a copy of Look Up Child.  A list of tour dates and tickets are available here: https://laurendaigle.com/tour/

Lauren Daigle is a two-time Billboard Music Award winner, a two-time Grammy nominee and an American Music Award winner. With a voice that is both smoky and sweet, Daigle has forged a unique sound that is reminiscent of the soulful, heart-in-throat vulnerability of Adele mixed with the raw power of Amy Winehouse. Her ability to connect with her audience has captured critical acclaim and recognition as the fastest-selling new artist for her genre of the last decade.  Her debut album, How Can It Be, has been certified platinum by the RIAA and has produced three certified Gold singles.