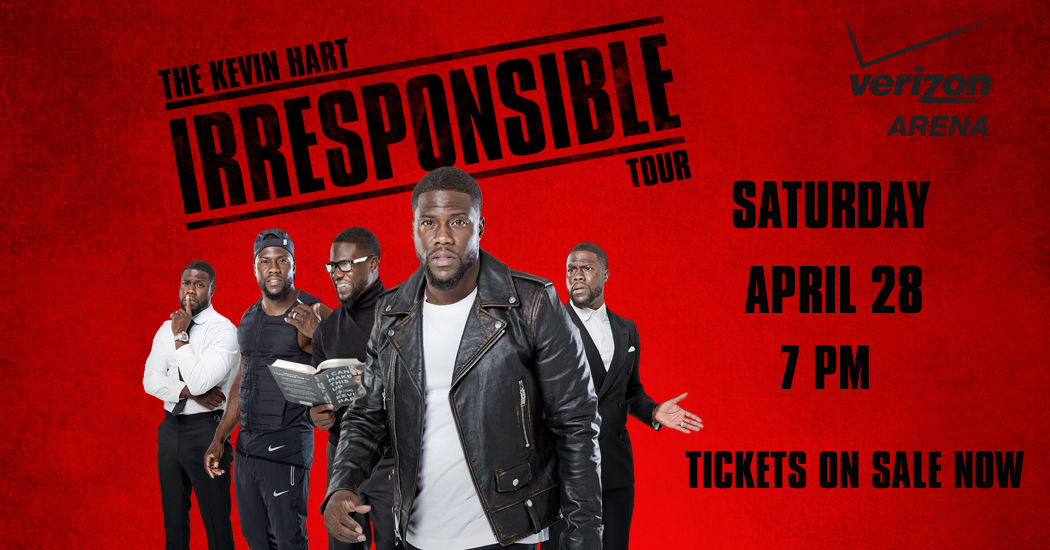 This show is in the round and will have 1 center stage.

No phones, photos, or video.

Hart’s last multi-city domestic and international WHAT NOW comedy tour sold out large venues all over the world, including being the first comedian to sell out an NFL stadium, selling over 50,000 tickets in one show at Lincoln Financial Field. Internationally, he sold out over a dozen arenas in the European market, selling over 150,000 tickets, and sold out arenas across Australia, selling 100,000 tickets. Hart’s hit comedy tour grossed over $100 million worldwide.

2017 was a banner year for Hart, his memoir I Can’t Make This Up: Life Lessons debuted at Number One on the New York Times Bestseller list and remained on the list for ten consecutive weeks.  The book also topped records on the Audible platform, selling over 100,000 copies in the first five weeks. Earlier in the year Hart voiced a title character in Captain Underpants: The First Epic Movie.  To close 2017, Kevin appeared in the Sony reboot of the classic film Jumanji alongside Dwayne Johnson and Jack Black.  Jumanji has been Kevin’s highest grossing box office release to date, the movie has made over $800 million worldwide.