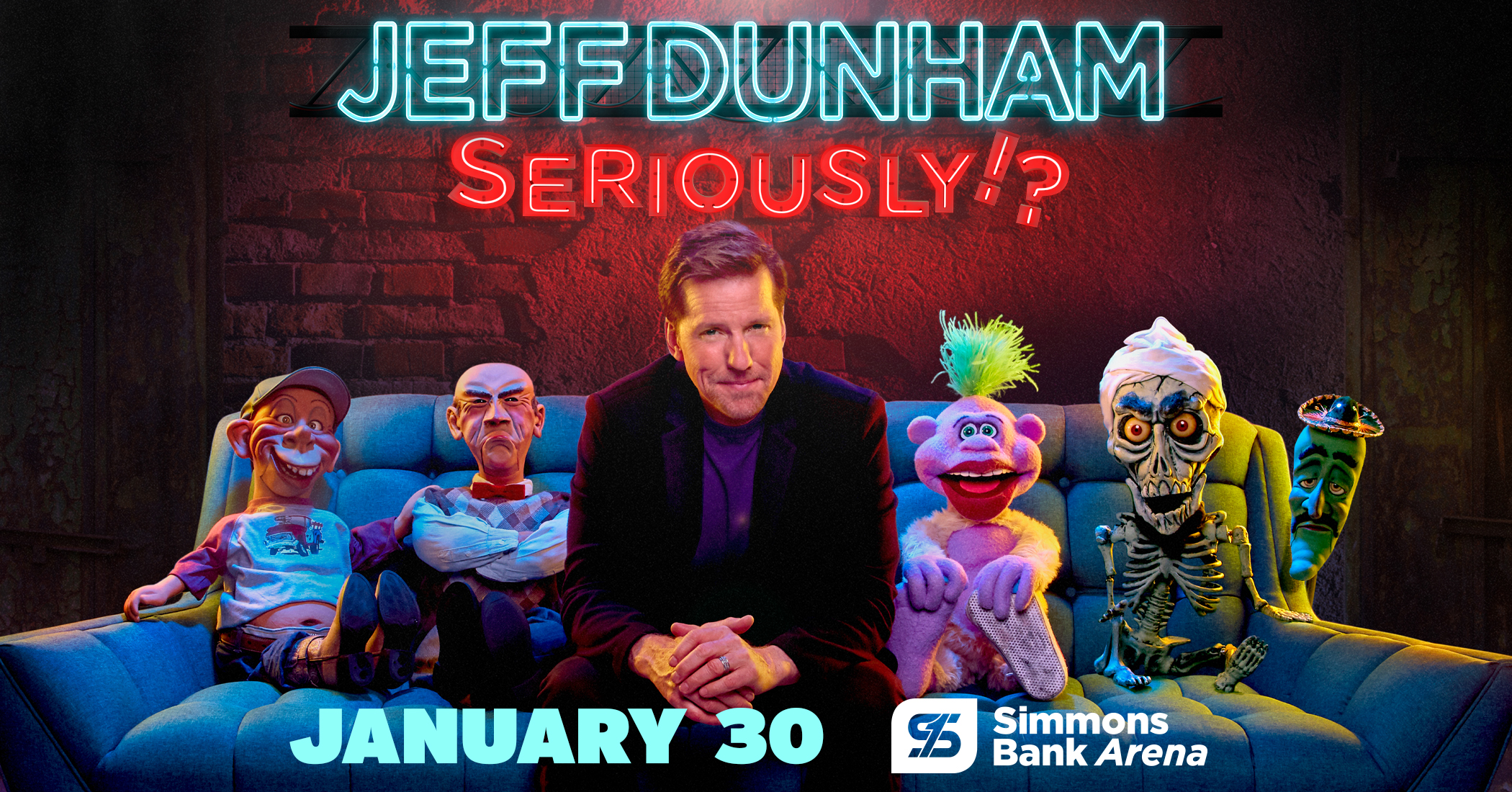 For more than thirteen years, Jeff Dunham and his delightfully irreverent cohorts, Peanut, Walter, José Jalapeño, Bubba J., and Achmed the Dead Terrorist, have filled arenas across the U.S. and the world with their multiple blockbuster tours. And now, after taking the year off that nobody wanted, the comedian/ventriloquist and the little guys in his suitcase are restarting their much-claimed international tour, “JEFF DUNHAM: SERIOUSLY!?.”

In addition to his usual cast of irreverent accomplices, “SERIOUSLY!?” includes the newest member of the troupe, “Url”, the grandson of Walter who lives online in his parent’s basement and knows not much more than what’s on his smartphone.