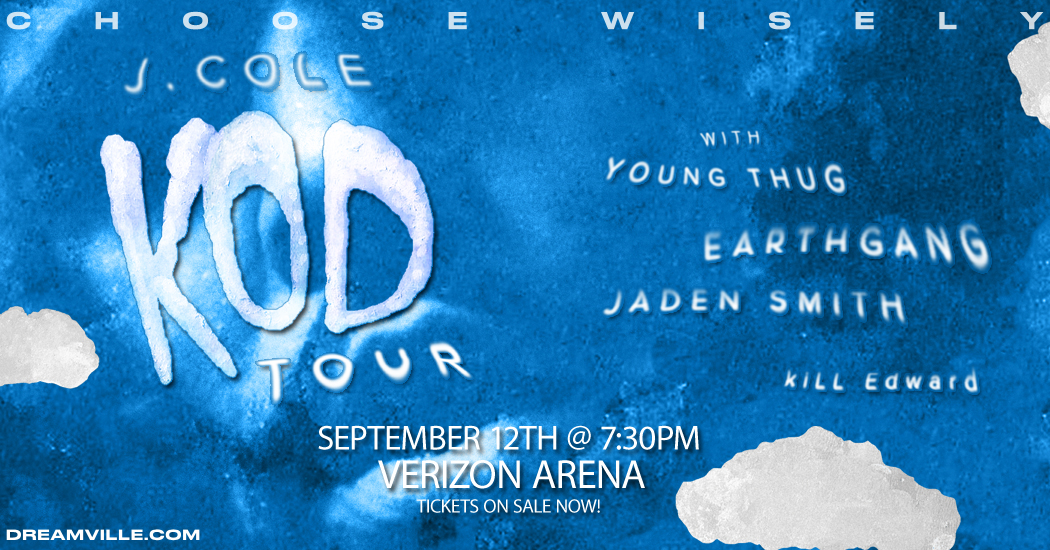 JUST ANNOUNCED: Jaden Smith, EarthGang, and kiLL Edward have been added to the KOD Tour!!

J.Cole has announced that he’ll embark on a 34-date tour in support of his chart-topping new album KOD. Produced by Live Nation, the tour will kick off in Miami, FL.

August 9 and make stops across North America including Atlanta, Chicago, New York, Los Angeles and more, before wrapping in Boston, MA on October 10.

Released via Dreamville with distribution through Roc Nation/Interscope Records, KOD arrived on April 20 and debuted at #1 on the Billboard 200, marking J. Cole’s fifth consecutive #1 on the chart. Along with scoring the biggest streaming week for an album so far in 2018, KOD has earned the third-biggest streaming week for an album in all of chart history. The tour will be a can’t miss outing for fans of the highly praised and much discussed album.