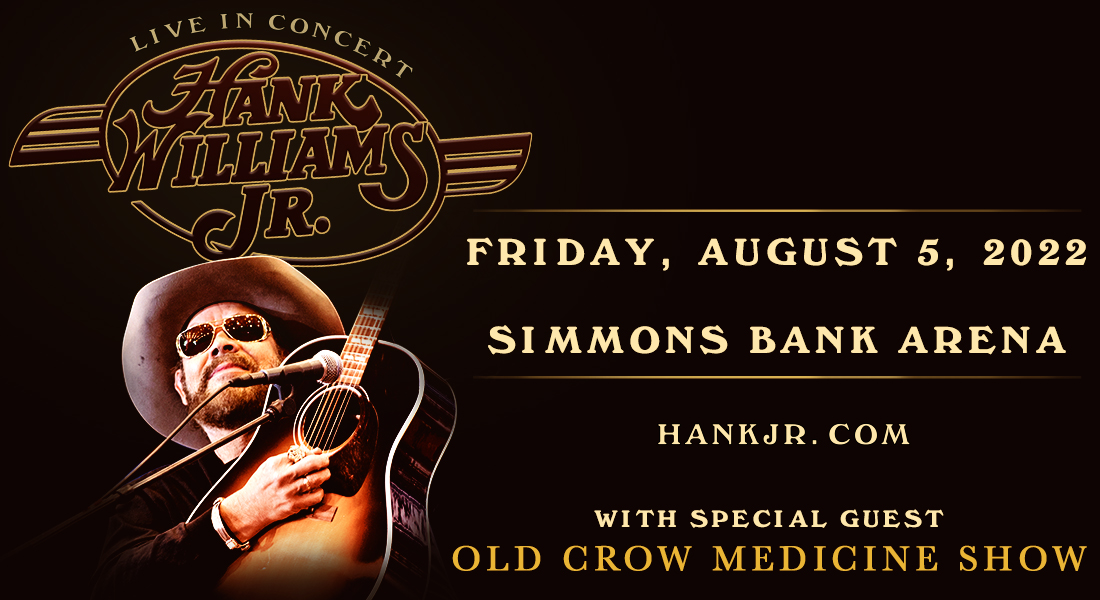 FACECOVERINGS ARE RECOMMENDED FOR ALL PATRONS

Hank Williams Jr.’s extremely impressive resume has spawned 70 million albums sold worldwide, six PLATINUM albums, 20 GOLD albums, 13 No. 1 albums and 10 No. 1 singles. Marking 52 years since his first album in 1964, Williams Jr. released It’s About Time (Nash Icon Records) in 2016. In addition to the history-making “Are You Ready for the Country,” the project included tunes such as “Dress Like an Icon,” “Just Call Me Hank,” “It’s About Time” and “The Party’s On” as well as re-recorded versions of classics “Mental Revenge” and “Born to Boogie” with Brantley Gilbert, Justin Moore and Brad Paisley on guitar. It’s About Time marked Hank’s 37th studio album in his five-decade career. Following It’s About Time, Williams Jr. has released several compilations, including All My Rowdy Friends Are Coming Over: Great Tailgating Songs, A Country Boy Can Survive (Box Set), Hank Jr. Sings Hank Sr. and 35 Biggest Hits. He continues to add accolades to an extremely impressive resume, which includes ACM Entertainer of the Year, CMA Entertainer of the Year and BMI Icon, in addition to a GRAMMY win and coveted inductions into the Nashville Songwriters Hall of Fame and Country Music Hall of Fame.