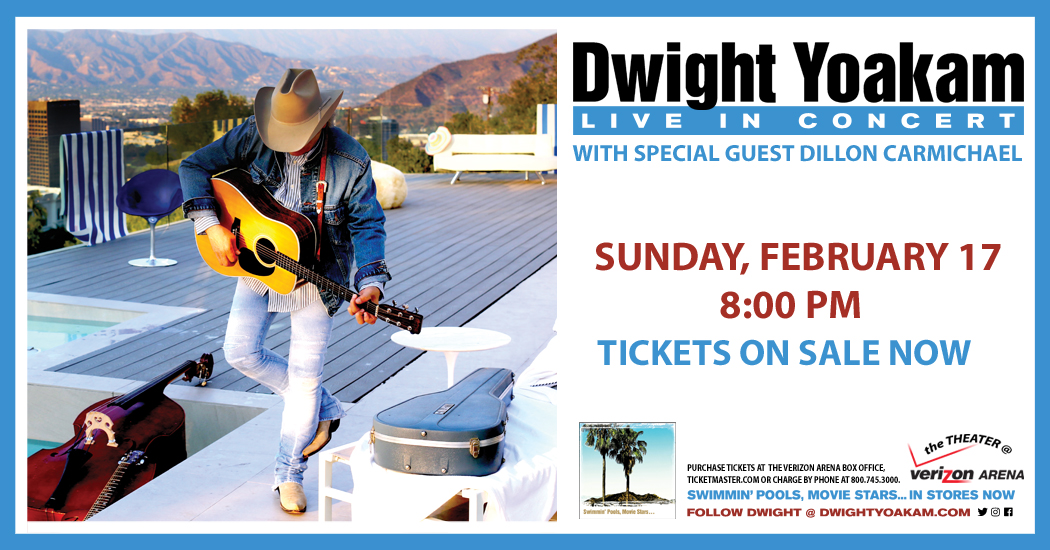 The grass isn’t always greener on the other side, or bluer in this case, which may be why Dwight Yoakam hadn’t thought of doing a bluegrass album over the years. It was always already implicit in his music, from “Miner’s Prayer” on his first album 30 years ago to his one-off collaborations with Ralph Stanley and Earl Scruggs. If you listened hard, you could even hear that strain of mountain music in the melodies and harmonic sense of his most rocked-out country hits. He wasn’t consciously thinking through the years that he could bust out the mandolins to confirm his Kentucky bona fides – “Melodically, it’s just part of my nature,” Yoakam says, “part of the birthright, I guess, in my DNA.”

Yet here he is, releasing Swimmin’ Pools, Movie Stars… in the same year that he is celebrating the 30th anniversary of Guitars, Cadillacs, Etc., Etc.. Swimmin’ Pools, Movie Stars… harks back to that landmark debut in its obviously cheeky title, while otherwise looking even farther back by recasting some of Yoakam’s most classic songs in a style that not only predates cowpunk but antecedes his beloved Bakersfield sound. Yoakam even remakes “Guitars, Cadillacs” in the style of “Man of Constant Sorrow.” No one is ever going to mistake a star so renowned for favoring snug jeans with a Soggy Bottom Boy, but here, he clinches his status as at least an honorary Clinch Mountain lad. "And then Chris Lord-Alge, who has mixed my last 2 studio albums, entered the picture in LA and agreed to add a further edge of Beggars Banquet-esque rock and roll mystique, completing the journey with a masterfully unique sonic framing of the entire project. I believe it was the first bluegrass album that Chris has ever mixed.”