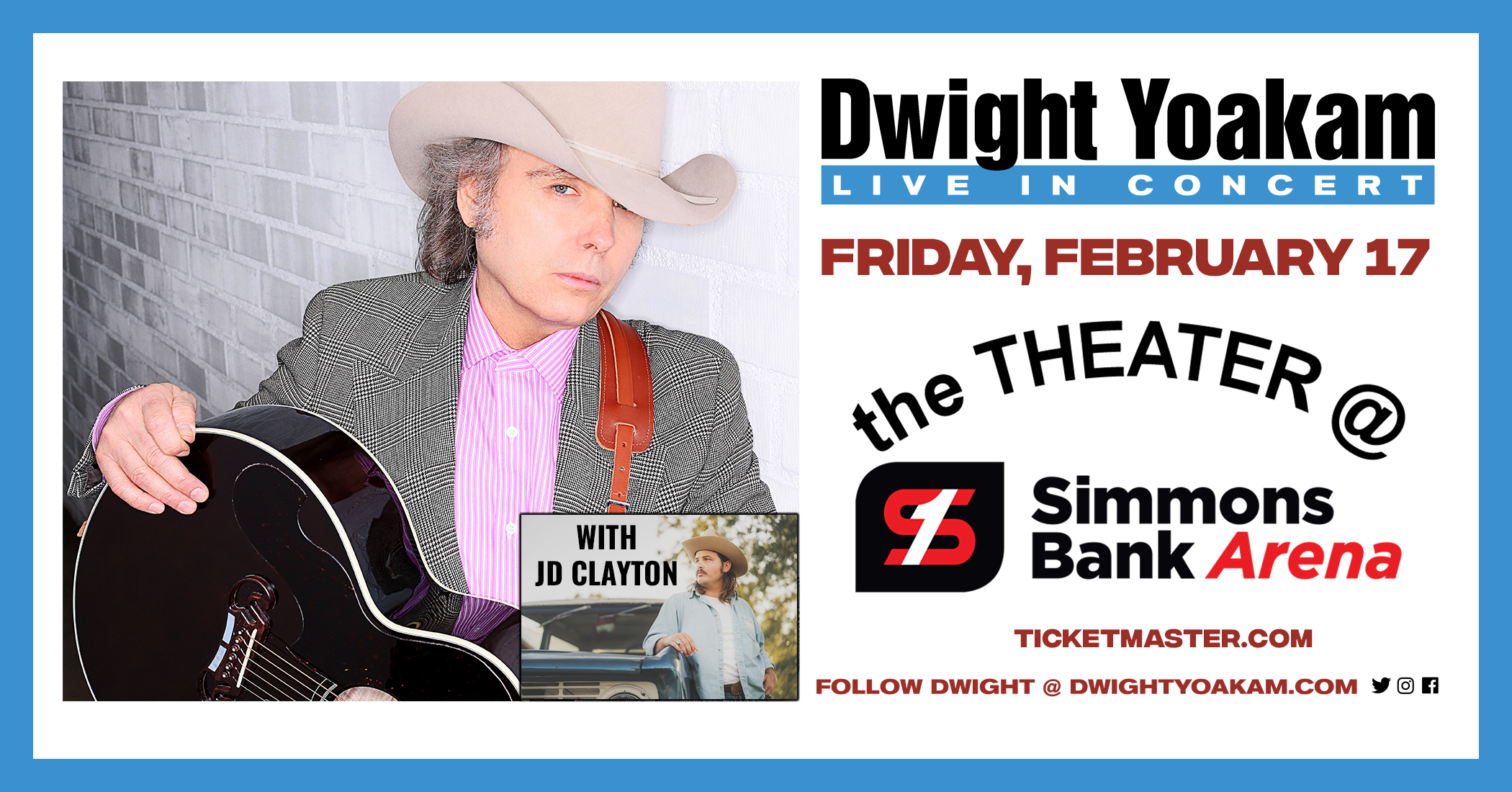 There is an 8 ticket limit per household.

Cell Phones Only - No Cameras.

Dwight Yoakam has sold more than 25 million albums worldwide, and he is a 21-time nominated, multiple GRAMMY Award winner. He has 12 gold albums and 9 platinum or multi-platinum albums, with five of those albums topping Billboard’s Country Albums chart and another 14 landing in the Top 10. Nearly 40 of Yoakam’s singles have charted on Billboard, with 14 peaking in the Top 10. Yoakam is a recipient of the Artist of the Year award from the Americana Music Association, the most prestigious award offered by the organization, he was inducted into the Nashville Songwriters Hall of Fame in the Songwriter/Artist category at the 49th anniversary Gala in Nashville, TN in 2019.

JD Clayton is the epitome of a Real Deal.

There's no artifice surrounding the Arkansas-born singer and songwriter. No glitz. No pretension or mythology. There's a refreshing lack of gratuitous posturing or creative conceit. Clayton is simply a guy who has things to say and does so clearly and without clutter -- but with an earnest and tuneful sensibility that makes listening to his songs on his new EP Side A as easy as sitting in the cool breeze on your front porch.

Clayton's songs have a directness and clarity that are the hallmarks of a genuine craftsman, someone who's studied and practiced and chased a few different paths to end up where he is now. And it's not without grand ambition, either; Clayton sings in "American Millionaire" that "I'm workin' my way to be one of the greats," and he fully understands the diligence and dedication it will take to get there.