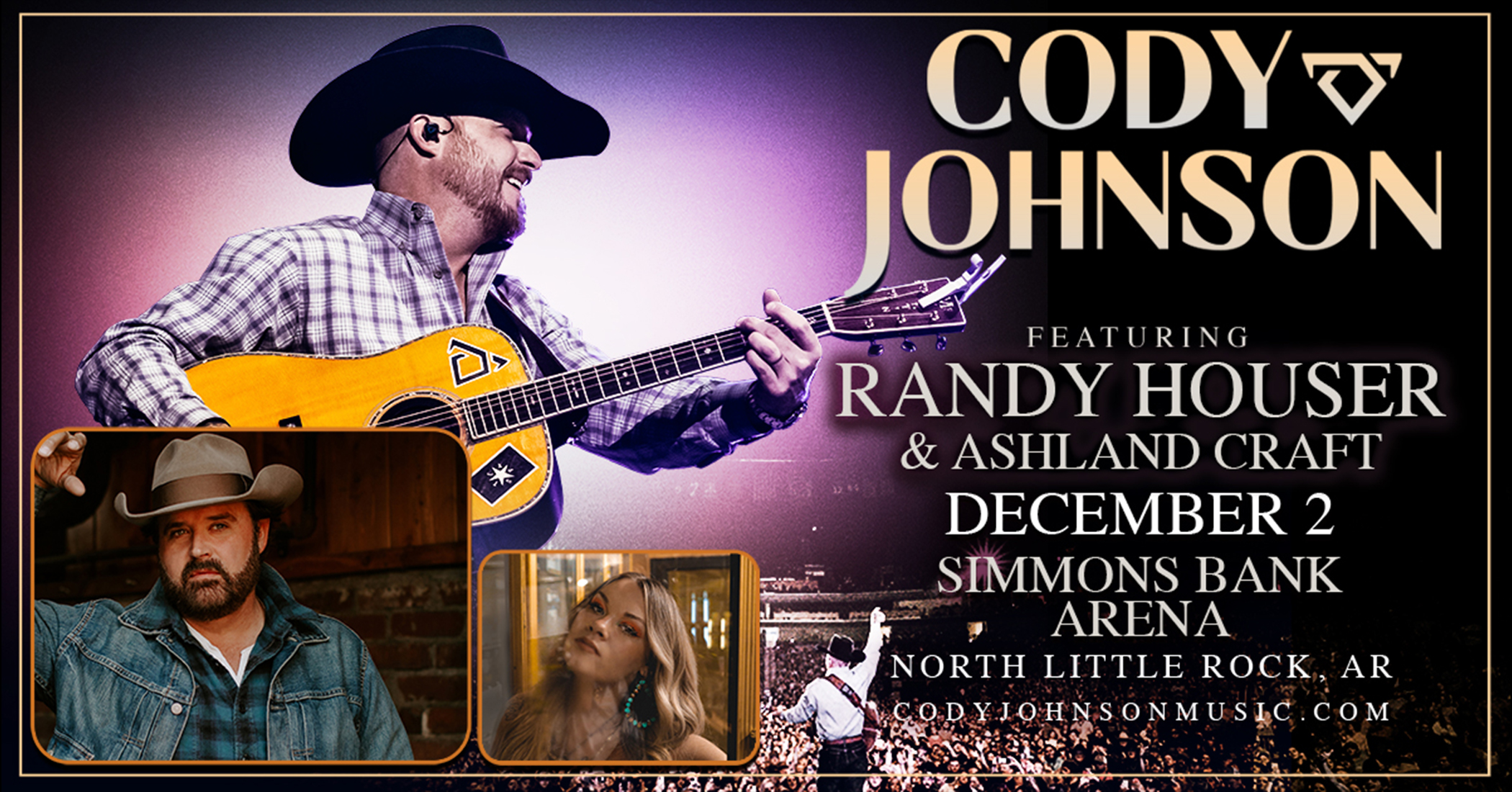 Plus applicable service charges.
There is a 10 ticket limit per household.

Known for his explosive live shows and electrifying stage presence, COJO Music / Warner Music Nashville Platinum recording artist Cody Johnson has established a following of passionately loyal fans who regularly sell out shows across the country. In the last year, Johnson, who MusicRow predicts “just might be the future of real country music,” has released a critically acclaimed, award-winning feature-length documentary (Dear Rodeo: The Cody Johnson Story), delivered two celebrated albums (Human The Double Album and A Cody Johnson Christmas), sent his most successful single to country radio with Platinum-selling, two-week #1 single “’Til You Can’t”, added more RIAA platinum and gold singles and album certifications, played sold-out concerts and more. In fact, Johnson increased his worldwide streams by nearly One Billion in 2021, growing from Two Billion to over Three Billion streams and is averaging 25 million streams per week.

The Texas native has been performing and producing chart-topping country music for over a decade.  Cody Johnson has self-released six studio albums, with his sixth release, Gotta Be Me, landing the number two spot on Billboard’s Country Albums chart. Fans can expect to hear some of Cody Johnson’s top tracks on tour, including his Number One Hit on Billboard’s Hot Country Songs Chart “Til You Can’t”.

With an inimitable voice the New York Timesdescribes as “wholly different, thicker and more throbbing, a caldron bubbling over,” Randy Houser racked up three consecutive No. 1 hits andmore than four million in singles sales to date with his Stoney Creek Records album, How Country Feels. He topped the charts with the title track, “Runnin' Outta Moonlight” and “Goodnight Kiss”(also his first No. 1 as a songwriter) and earned critical acclaim for his powerful delivery of theTop 5 smash and CMA Song ofthe Year-nominated “Like A Cowboy.” Houser added a fourth No.1 to his catalogue with “We Went” from his 2016 album, Fired Up. Following 2019’s critically acclaimed Magnolia, Houser’s “Note To Self,” is available now, with more new music on the horizon in 2022.

Big Loud Records’ Ashland Craft introduced her brand of country music with debut album, TRAVELIN’ KIND, available everywhere now. Among CMT’s Next Women of Country Class of 2021 and Pandora’s Country Artists to Watch 2021, American Songwriter claims, “there’s a new country bada** in town, and her name is Ashland Craft,” also praising, “this girl has star quality flying out of her boots.” Discovering her honky-tonk spirit while cutting her teeth at bars in her South Carolina hometown, Craft buzzes under the influence of musical heroes Def Leppard, Chris Stapleton, Bonnie Raitt, The Chicks, and Sheryl Crow.