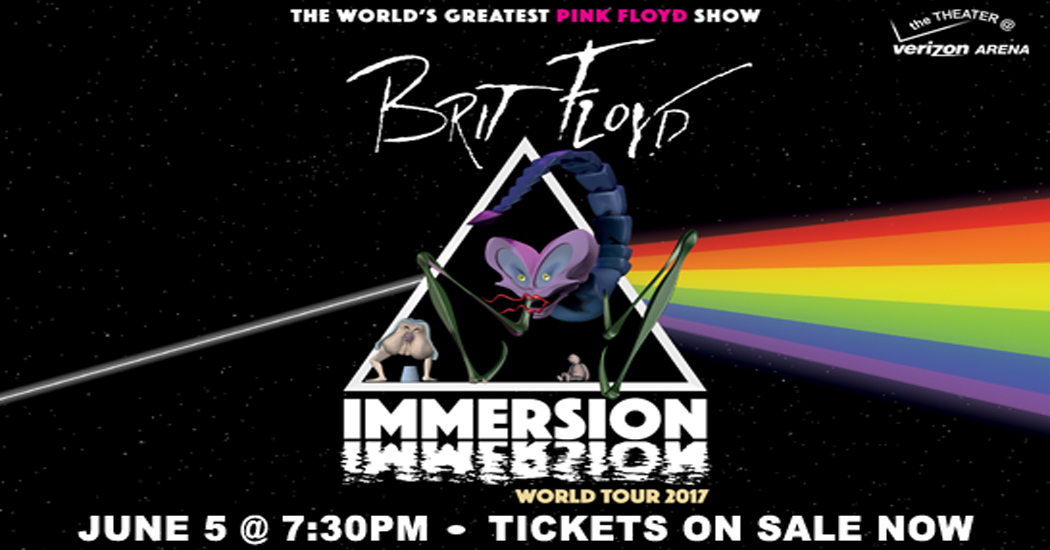 The hotly anticipated rock event of the year returns, as Brit Floyd brings the music of Pink Floyd to life once again with its lavish new stage show, 'Immersion World Tour 2017’. The spectacle of a Pink Floyd concert experience is truly recaptured in high-definition sound, and with a stunning million dollar light show and state of the art video design.

As well as performing the favourite moments from The Dark Side of the Moon, Wish You Were Here, The Wall and The Division Bell, Brit Floyd will also pay special tribute to the Animals album, in its 40th anniversary year, with a show stopping rendition of ‘Dogs’, as well as a host of other Pink Floyd musical gems.

The Brit Floyd show has truly become a phenomenon, widely regarded as the world's greatest live tribute to Pink Floyd. Faithfully recreating the scale and pomp of the final 1994 Division Bell tour, complete with circle screen and multiple moving light design, lasers, inflatables and theatrics, a Brit Floyd show really is as close as fans will ever get to experiencing the magnificence of a Pink Floyd show live.

More than a tribute, it’s as good as they say. Believe the hype and don’t miss it!

The new ‘Immersion’ show promises to be Brit Floyd's most ambitious and best production yet.